Today I visited the Spellman Stamp Museum in Weston, Massachusetts. I had never heard of the museum until a friend of mine posted on Facebook that she had visited it with her father. Then, the next day, I saw it advertised in the the Highland Street Free Fun Friday program. I decided I would up my level of postal nerdiness and indulge myself by visiting this museum.
The museum is located in Weston on the Regis College Campus. Today the museum had opened a new Olympic stamp exhibit and was hosting 2 Olympic athletes. I took a few pictures after asking, since I wasn't quite sure if they wanted their collections photographed. 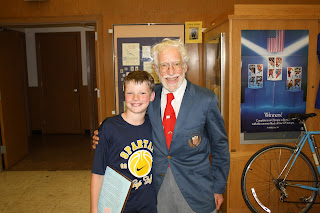 This is Timmy with John Allis, who was a cyclist at the Mexico City(1968) and Munich (1972) Olympics. Mr. Allis was a very kind and intelligent man. Timmy asked questions about how many bikes Mr. Allis had gone through before making it into the Olympics. He wasn't sure, but he told us about one of his earliest memories of being pulled around on his tricycle by his pet boxer. (He also mentioned that he was a skinny little guy who weighed 80 pounds at the age of 14. I think Timmy is already above 80 pounds.) 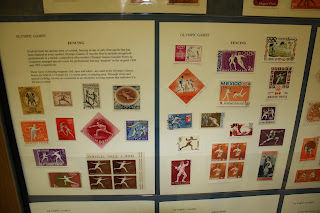 The boys both participated in a stamp scavenger hunt.  They had to find things like "A stamp that shows Baron Pierre de Coubertin, the founder of the modern day Olympics,""Find a fencing stamp issues by Luxembourg" (It's the red one, 2nd row down- 3rd one in; in the picture above) Some of the stamps were kind of odd- like "a stamp showing Daisy Duck lighting the Olympic torch with the reflection of the sun" from Grenada. It was fun anyway. I chose these fencing stamps to photograph because I'm hoping that one of my former students will be fencing in the Olympics at some point in his life. I have not had an Olympian as a student yet. 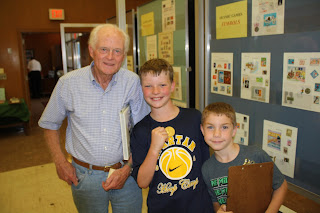 Speaking of Olympians, the other Olympian we met was Bill Becklean, who was in the Melbourne Olympics (1956), as a rower. He told us a few great stories about his experience at the Olympics. He said that the American team actually lost the first heat of his competition to the Australians. However, they won the repechage, which is a second chance heat at a regatta to ensure that all crews have 2 chances to advance. In French it means "to save" or "second chance."  They ended up competing against the Australian team again in the semi-finals and won. Right after that, the Australian team approached the Americans and offered to show them Australia. He is friends with many of them to this day. He also told me that Nicaragua issued a stamp with his boat on it, but they didn't have it here at the collection. He was also very nice and asked Timmy if the wanted to hold his gold medal. How cool is that? 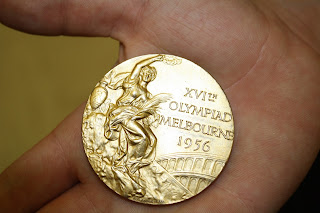 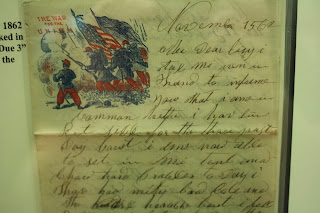 Civil War mail from 1862. Look at that handwriting! 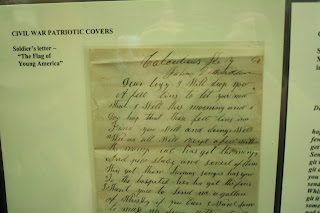 More civil war mail and an accidental picture of me too :) Again, I wish I had that hand-writing. 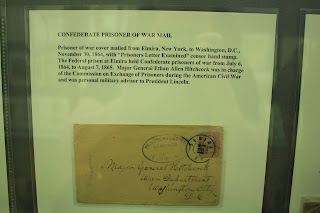 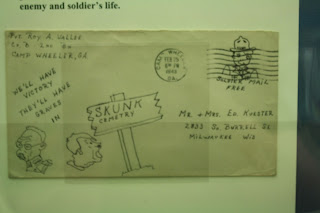 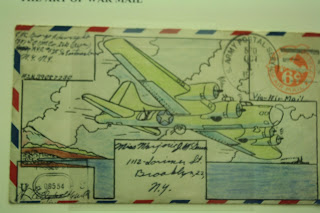 Early mail art. This one was my favorite. 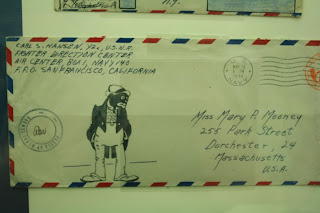 This one reminded me a little of Limner's blog. Check out her incredible mail! 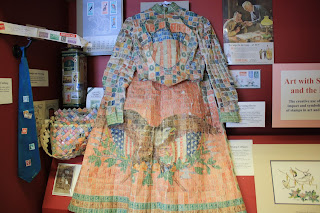 Stamp dress anyone? If you ever see me wearing something like this remind me that I've gone too far. 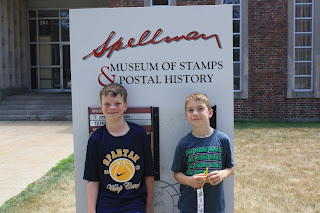 The boys in front of the sign. Following are just some pictures of the pretty trees by the museum. I imagine this place is beautiful in the spring. It would've been really nice today if it wasn't close to 100 degrees! 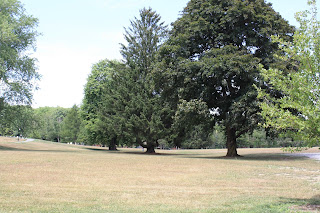 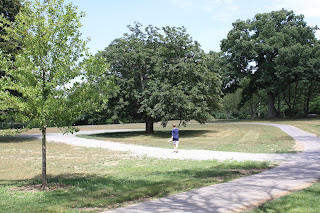 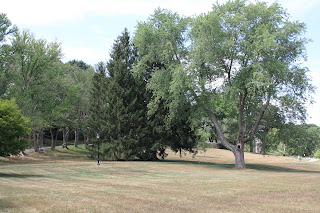 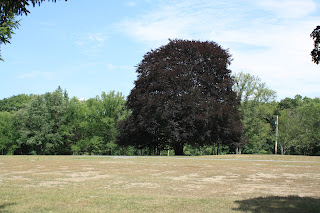 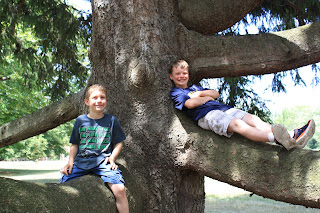 The respite of some shade. 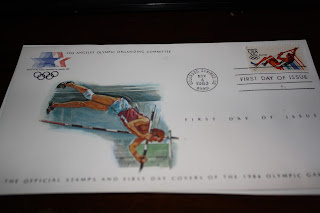 Tim's first day cover that he won from participating in the "stamp hunt." 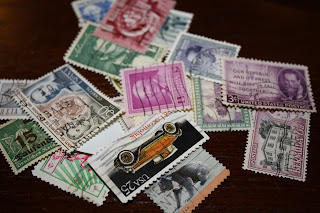 Each boy left with a packet of stamps to start a collection. 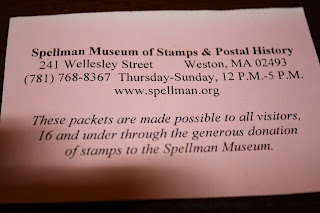 Sweet, thanks!
If you are local, stop by this museum sometime. They also had an activity room, a small gift shop, a small research library and some really interesting displays about stamps, post related things- scales, post office boxes, stamp holders, mail related games, etc. They also do programs for schools and scouts. If you do go, the hours are somewhat restricted (12-5, not open Sunday.) Here is the link to the museum.
Posted by Timdani at 4:06 PM